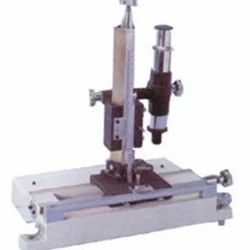 The theme parks in the Orlando area are in a competition for attendance, and you, the visitors, are the beneficiaries because it means that you get to see new attractions each year. This year is no exception and both Universal Studios and Sea World have spectacular new rides. Let’s take a look at what you can expect when you visit these theme parks.

Universal Studios has one new attraction already in place and newer mega attraction scheduled a little later in 2009. First we’ll see what is already there, and it is indeed spectacular. The Hollywood Rip, Ride, Rockit is a high-tech roller coaster which gives you the chance to control the sound-track and to take home a customized video of the ride.

The new ride is located on a themed movie set called “Production Central.” If you are a roller coaster lover, then pay attention to these details. The ride has a vertical, 90 degree lift that goes to a height of 167 feet. You plunge down the first drop at speeds reaching 65 mph and then your Rockit will enter what Universal calls a “Double Take.” The Double Take is a 136 feet tall non-inverted loop. You remain upright right at the point when you would have expected to be inverted. The process is then reversed when the car switches back to the inside loop of the Double Take.

Other features of the new coaster are specially shaped areas such as the Treble Clef, a section of track shaped like a musical notation. There is also the Jump Cut, spiral plunge that will flutter your stomach with negative-Gs, and the Crowded Surfer, a banked flyover. The “Drop Tuning” is a dive through an underground tunnel and the Plot Twist is a final banked turn which brings your Rockit back to the station.

Not to be outdone by Universal, Sea World unveiled its own new roller coaster this year. It is Manta, a themed flying coaster. What do they mean by flying? You are harnessed in a prone position and you can soar through the sky without holding on to anything.

Roller coaster fans always want to know the vital statistics of any new roller coaster, and here they are: This coaster is 140 feet tall and the first drop is 113 feet. The top speed is 56 MPH and the length of the track is 3359 feet. The rides lasts for 2:35.

As we said, this is a themed roller coaster and the Manta Ray theme is evident in a variety of ways. The cars are shaped like rays with a wingspan of 12 feet. The Manta’s pre-ride queue is set amidst viewing tanks with waterfalls and you can get underwater views of several species of rays, sea dragons and fish. At the bottom of the ride, the cars skim along the lagoon and create a picturesque plume of water. (Be prepared to get wet on this coaster.) So, Sea World did it, they combined a thrilling roller coaster with the marine life theme of their park.

These are two standout rides at two of Orlando’s most popular theme parks. If you are in Central Florida this summer, be sure to check them out.

A Romantic Getaway in an Island Inn